Selling Up? Why Not Hire Someone to Live in Your Home?

When it comes to selling a house, appearances count. That’s why more and more homeowners hoping to wow buyers will hire a home stager—a magician-like professional who swoops in with stylish furniture you’d never own, blandly tasteful modern art you’d never hang, and an undeniable flair for organization, and makes your place look, well, picture-perfect. It’s the stuff that full-asking-price offers are made of.

The downside: While staging may help your home sell faster, it makes it look a bit, well, staged. But now there’s a way to get a more genuine, lived-in look: Just hire someone to live in your place!

Here’s how this weird but growing trend works: Once you hire a staging company to sell your vacant home, it finds someone who’s willing to move in with all his or her (suitably attractive) furniture and have it arranged by the company to look its best. Then, your home’s new and temporary inhabitant kicks back there until the place is sold. The inhabitant will also take care of cleaning and maintaining the property, and scoot when it’s time for showings.

While these live-in home managers aren’t paid, they benefit by getting to live in a property—often very posh ones—and pay a reduced rent to the staging company, typically one-third to one-half of market rate. Meanwhile, the staging company is also getting a fee (typically 1% of the sales price) from the sellers for making their home look cozy and livable to potential buyers.

The pros and cons of live-in home staging

Live-in home staging is still relatively rare. However, Matt Kelton, COO of Showhomes, which offers this expanded service, believes that buyers are drawn more to a house occupied by a real person than a nicely staged shell of a home.

“Something about having food in the pantry … it’s hard to put my finger on it, but there’s some kind of emotional connection that happens,” he told NPR.

Home sellers also have the satisfaction of knowing that someone is keeping an eye on their place.

But not everyone is gaga over the idea. For one, while it might be nice to have a place look lived-in, it’s not so nice if home buyers pop in to see the place when the home manager’s Chinese takeout containers are on the kitchen counter.

“The most difficult part is making certain the home is perfect every time we walk out the door,” admits Mike Callahan, owner of a Showhomes franchise in Fox Valley/Naperville, in Illinois. He and his wife, Janine, are seasoned pros—they’ve been home managers since 2010 and are currently living in their 11th home. Even after all that time, they confess that keeping the house ready to show is probably the hardest thing about their job.

“You just finished dinner, a friend calls to say they are going to a movie in 20 minutes. Normal people can just get up and leave; not so with us,” he says. “We first have to make certain all evidence of the meal is out of sight and the rest of the home is show-ready.”

Woo Shin of One Two Six Design, a traditional home staging company in Santa Clara, CA, argues that live-in staging falls short because certain aesthetic elements get sacrificed for comfort. For instance, live-in home stagers might not want a delicate vase perched on a tiny side table lest it get knocked over and smashed to bits. And that throw blanket arranged just so on a couch might be grabbed for warmth as they lounge in front of the TV.

“When we stage homes, we focus on creating a space that’s aspirational and maximizing what the space can be. This doesn’t always equate to functionality,” says Shin. 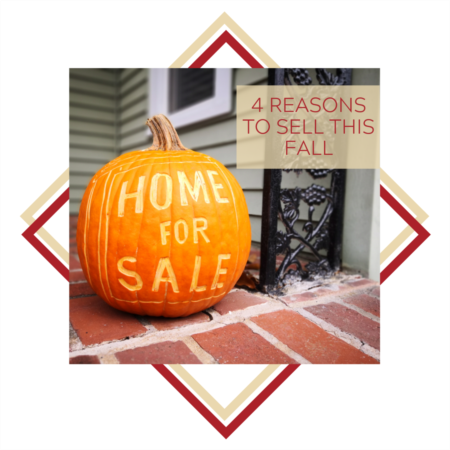 Top 4 Reasons To Sell This Fall

1. Demand is Strong There are less listings available this fall, so buyers are out in full force looking to find their dream home before someone ...Read More

Are you aware that 1 out of every 1,000 For Sale by Owners (FSBO) actually sell for list price?  The most common reason why homeowners attempt ...Read More

The Official Moving Checklist to Ensure a Seamless Move!

We know that moving can be overwhelming, stressful and all kinds of hectic. We aim to equip each of our clients with all the necessary information to ...Read More