Tax talk can be pretty draining, especially since you haven't recovered much from the last deadline rush YET. But did you know that prepping up for the next one as early as now can help you save thousands of dollars before April 2018 arrives? Homeowners should make use of these tax breaks NOW to avoid paying too much (and to avoid that much-hated procrastination habit that ALWAYS makes you do things at the last minute!)

1. Set up your home office

If you're working on a La-Z-Boy in the living room, it might be time to clear out the guest room and assemble that Ikea desk. That way, you can take the home office tax deduction in 2017. The "simple method" allows you to take $5 per square foot for a total of $1,500. You could also go for a more complicated deduction: a percentage of your home's electric bills and other expenses.

Keep in mind that you have to use the room “regularly and exclusively” for business, says Dave Du Val, a tax expert and chief customer advocacy officer at TaxAudit.com. If you're an employee, the office must be for the convenience of the employer (e.g., you're a salesperson in New York for a company whose only office is in California). Last but not least, you'll need to tabulate your expenses as you make them in 2017, so keep a logbook and save those receipts.

2. Consider a HELOC for home improvements

Is 2017 the year you want to finally do that kitchen remodel or bathroom addition, but money still feels too tight? Then you might want to consider taking out a home equity line of credit, or HELOC. The interest on a loan up to $100,000 is tax-deductible, says Du Val. That means those upgrades just got a whole lot cheaper.

"You can take a credit of up to 30%, with no cap, on the equipment and installation costs of solar energy panels and solar water heaters you purchase in 2017," says Jacob Dayan, partner and co-founder of CommunityTax.com.

There's good reason to go solar this year in particular. In addition to this major credit being set to reduce to 0% over the next five years, the president can easily eighty-six the credit entirely before the Dec. 31, 2021, expiration date by signing a bill into law.

Just keep in mind that to qualify, the equipment must be used to generate power or heat water in your primary or second home. It can't be used for a swimming pool or spa.

Got a big tax bill coming in 2017? One way to offset that is to prepay your property taxes in order to reduce your tax burden. How would it work? Say you receive a tax notice in December 2017 with a due date of Jan. 31, 2018. You could go ahead and pay it in December if you want to deduct the amount from your current year's income instead.

This move is best for those who expect their income and tax burden to be higher in 2017 than in 2018.

"If you're expecting the opposite, then you should defer the tax payment until after Dec. 31 so you can deduct it the following year," says Du Val.

All homeowners should keep a detailed record of improvements to their homes. These improvements—like a new roof, new furnace, or bathroom addition—increase a home's value. When it comes time to sell, the amount you spent on improvements or renovations can seriously reduce the capital gains taxes you'll pay, according to Du Val.

If you plan to buy a new home in 2017 or refinance the loan on the place you're in already, this is an opportunity to save on taxes in terms of points. Also known as a loan origination fee, loan discount, or discount point, it is basically prepaid interest that persuades lenders to give you a lower interest rate on the loan.

There are tax benefits, too: You can deduct those points for the same year you buy a home. If you refinance, you can deduct them over the life of your new loan. Either way, it's a good thing. 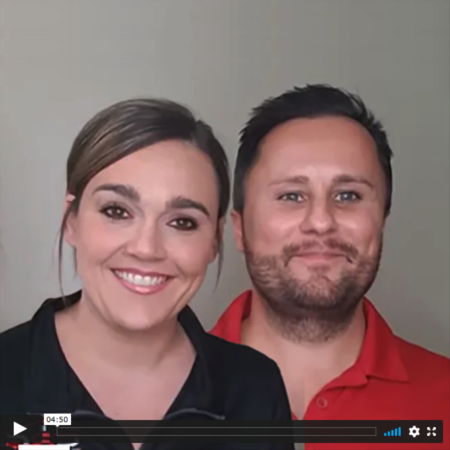 How The Austin Real Estate Market Got So Hot

Many have reached out to us over the past few weeks with questions about the current state of the real estate market.  Having been blessed to ...Read More

Becoming a real estate investor is suddenly hot, thanks in part to those legions of HGTV-aholics inspired after binge-watching episodes of shows ...Read More

Do you ever feel like the rich just keep getting richer? Well, allow us to let you in on a little secret: Part of the reason they keep on raking in ...Read More