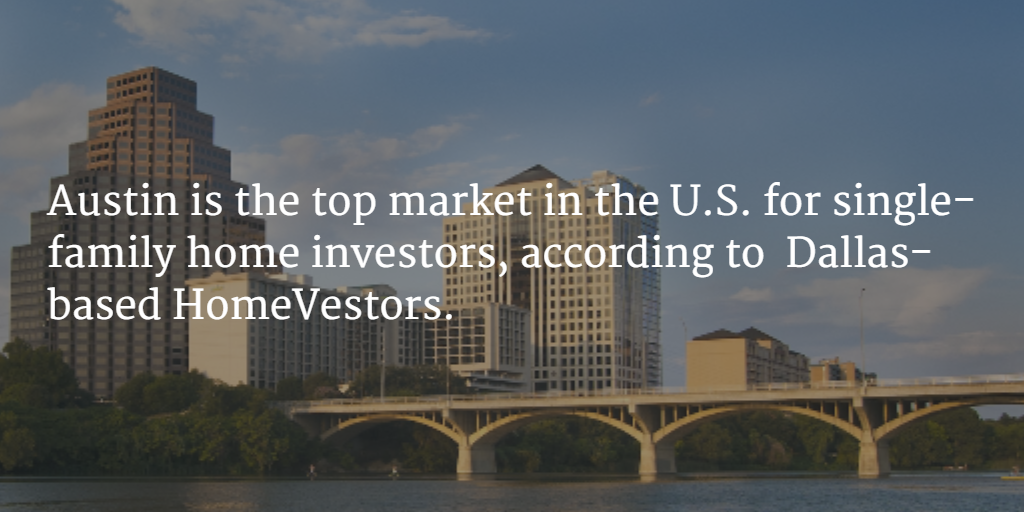 HomeVestors, a Dallas-based real estate business, has ranked Austin the number one market in the U.S. for single-family home investors. The list appears in a recent post on the Austin Business Journal website. Although several other cities made the list, David Hicks, HomeVestors co-president, said in an announcement that Austin represents the best opportunity to make money as a single family home investor because of job growth and "relatively low home prices."

Data from the Austin Board of Realtors indicates that the average home price in the Austin metro area is $311,222, which shows a 6 percent rise over median home prices from November 2013. Austin home sales have recorded appreciation rates in the double digits throughout most of the year. It’s typically more difficult to make a profit on rental properties as home prices rapidly rise. Despite that, Hicks touts Austin as a sure bet.