Smartest Cities in the US: Austin Ranked #9 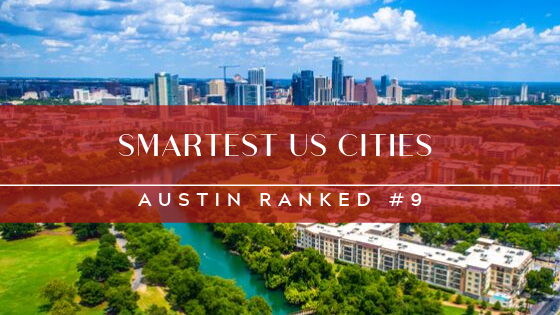 They say, we are the company we keep. A recent study ranked the most educated cities in the country. Out of the 150 cities included in the ranking, Austin topped the list at #9. Not only is our great city considered one of the “smartest”, it is also one of the most well-rounded.

The city of Austin, Texas is known for its boom in the tech world. The startup activity is encouraging enormous growth and is attracting some of the most educated companies and individuals in the industry. Google, IBM, Apple, Dell and others have set up campuses or are headquartered out of Austin. The University of Texas is producing large numbers of college graduates. There is also the extensive art and culture scene. There is no shortage of opportunity or diversity in this city and it is no surprise that it is considered one of the smartest.