Austin Ranked 7th For Startups and Venture Capital Report in 2021 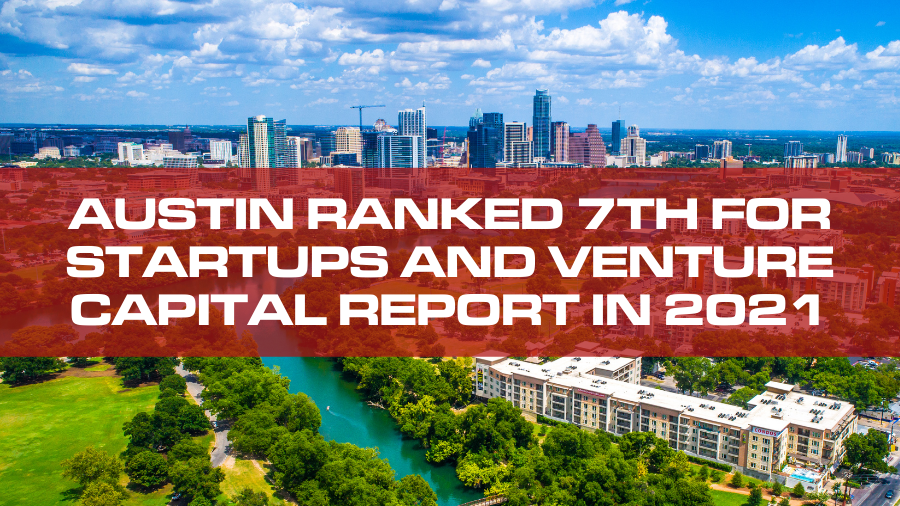 Startups and venture capital showed many investment rounds and promising signs for aspiring entrepreneurs in the past year. As stated in the report, it was more than 4,000 first funding rounds nationwide, totaling $23.8 billion. In 2021, Austin startups had the slowest growth before the end of the year. However, it is still more than any other quarter and a sign of what a massive year it was.

PitchBook-NVCA Venture Monitor reported that Austin ranked #7 in the nation with $4.7 billion (211.2% YoY growth) of equity funding across 387 deals (126.1% YoY growth), a breakthrough for startups and VCs in 2021, and there’s no sign of a slowdown.  Listed down below are Austin Metro Area’s Top 10 Funding Deals of 2021:

And here are the Top 5 Deals for Austin Startups in the Fourth Quarter of 2021:

First time in the history of the PitchBook-NVCA report, VCs raised $128.3 billion and investors have climbed the $100 billion mark. As the data show, $329.9 billion was invested through 17,054 deals nationwide, and that’s nearly matched the 2020’s record-setting investment figures. NVCA President and CEO Bobby Franklin stated that “The best news about these record achievements is that we are creating more American made entrepreneurs than ever before. Entrepreneurs are our nation’s job creators who plant the seeds for the new high-growth companies of tomorrow. To ensure their future success, we need policymakers to think about the long game when it comes to the startup ecosystem.”