Austin No. 1 Fastest Growing City In The US 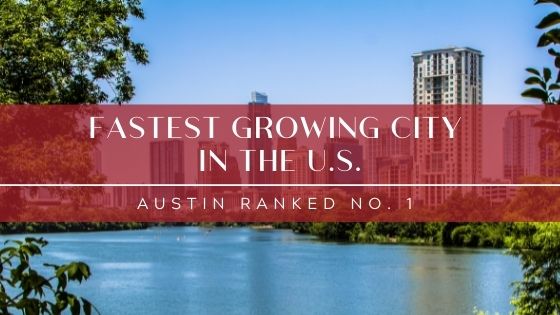 2020 has resulted in severe economic and social impacts around the world due to COVID-19. Many people lost their businesses and jobs. Even in this challenging situation, Austin's job growth hasn't slowed down. In a way, the virus might help the city's economy, 35 companies announced nearly 10,000 jobs. One industry that keeps the economy going is manufacturing. Remote work is also contributing. There's confidence in the economy, and many people can spend their money or make investments.

Since 2010, Austin has gained about 579,014 residents, a 34% population growth. May 4, 2021, U.S. Census Bureau released that the county's metro population increased to an estimated 2,295,303 people as of July 2020. It was a 3% increase from the previous year, making it the fastest population growth among metros with at least 1 million residents. Austin now ranks 29th among the nation's largest metros, moving up one sport from the previous year and ranking just behind Las Vegas, Pittsburgh, and Sacramento. According to a study, one person moving to San Francisco is equivalent to 2.9 people to Austin.