Austin Named in Top 10 on Most Affordable Housing List 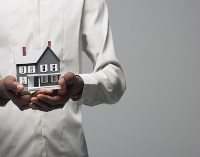 Austin was just named in the Top 10 on a new list of Most Affordable Housing from ZipRealty Inc.  The capital city ranked 7th on the list, behind other Texas cities Houston and Dallas-Ft. Worth.

Several cities on the East Coast ranked as the most expensive on the list, including Brooklyn, NY and Washington, DC. Several California cities also ranked low on the list.