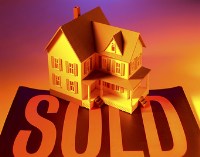 According to new statistics released by the Austin Board of Realtors, homes in the capital city are selling quickly. The average Austin home sells within 6 weeks of being put on the market according to ABOR, which is 19 days faster than a year ago. Many homes are going even quicker. The team at Cain Realty Group with Keller Williams Realty has put several homes under contract this year within hours of listing on the MLS.

Home sales volume in Austin has continued to increase for the 23rd straight month in a row. April saw the greatest volume in the area since 2004 at $794.2 million.  Sales have increased more than 32 percent from one year ago.