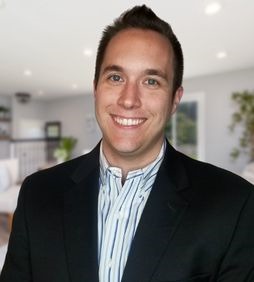 After seven years of working for ESPN in Bristol, CT, 3-Time Emmy Award Winner Jon Scott made his way back to his Texas roots to follow his passion for real estate. As a child, Jon spent countless hours at model homes with family members in the industry. Hard work, charisma, and helping others were ingrained in him from an early age and are the core values he brings to the table for his clients.

The Houston native graduated from The University of Texas with a degree in Broadcast Journalism and Business Foundations. In his spare time, Jon enjoys going on adventures with his wife, working out, and trying to become the next great BBQ pitmaster.

Jon’s Hobbies and Interests
Spending time with my wife and daughter, working out and trying to become the next BBQ pitmaster.

Jon’s Top Three Spots
Lake Travis, University of Texas, anywhere with a restaurant with a view.

Jon's Furry Friends
Cat named Daisy. And all the deer in the greenbelt behind our house.

Something Really Cool That Jon Has Done
Worked on College GameDay for ESPN and getting to travel and work the College Football Playoff and National Championship. Got some good opportunities working with ESPN.

Austin Landed #1 in the Top 10 U.S. Metros in Homebuilding
Sun Belt metros are popular destinations for building new homes - single-family and multifamily properties.  They were U.S. migration hotspots for homebuyers because of the affordability, warm weather, and growing economic opportunities.  Austin landed #1 in the Top10 U.S. Metro with 31.1 single-family building permits, 26.1 multifamily ...Read More
Austin is in Top 20 U.S. Metros for Life Sciences Research Talent
The Covid-19 pandemic is not a short-term crisis, the life sciences industry works tirelessly and manages to develop and manufacture vaccines to treat patients affected by this virus. Planning, conducting experiments, and analyzing the result of scientific research is the most vital role of a life science researcher.    According ...Read More