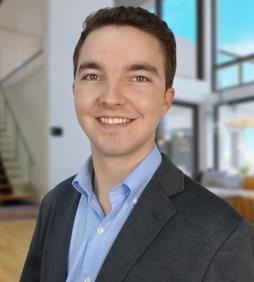 Connor Johnstone was lucky enough to be born and raised in Austin, Texas. After graduating from Austin High, he moved to Boulder to pursue an Anthropology Major at The University of Colorado. Although he loved being in the snow and the mountains, Austin still owned his heart. He returned to Austin after graduating to use his knowledge of human culture to succeed in a real estate career. Connor believes that constant positive human interactions is the only way to thrive in life, and this could not be more true when it comes to thriving in real estate. He believes that no deed can truly be accomplished alone, which is why he decided to join the phenomenal family that is the Cain Realty Group.

Something Really Cool That Connor Has Done
Join the CRG team.